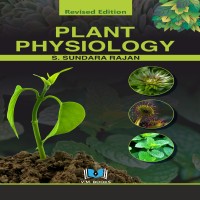 There are no reviews.

Study of cell known as cell biology is one of the most important branches of biology which has wide ranging impact on many fields of human activity such as medicine, pharmacy, agriculture etc. A living cell can be studied either at the gross structural level or at the molecular level. By the application of new methods and tools like electron microscopy, ultra centrifugation etc., quite a number of sub cellular structures have been discovered and studied in detail, probing further, biologists have analysed the architectural pattern of the molecules that comprise the living matter. This has led to a new branch of biology—the Molecular Biology-a science dealing with the ultra structural organisation of the living matter. Molecular biology attempts to explain the phenomena of metabolism, variation; mutation etc., in terms of changes of macromolecules such as proteins, nucleic acids etc.

The present book titled Cell and Molecular Biology deals with both gross and molecular structure of cell in all its structural and functional manifestations. The book consists of twenty seven chapters surveying all aspects of structural and molecular configurations of the cell. There are also chapters on genetic engineering and immunology as the understanding of these are very vital for comprehending the expressions of cell machinery.

The book is meant to be a text book for students of life science, pharmacy, agriculture etc. at the graduate and post graduate level.

Dr. S. Sundara Rajan obtained the D.Sc. degree in Botany from the University of Mysore, specializing in plant chemistry and systematics. He has been teaching and conducting research in various fields of plant science for the last 36 years. He has served as Professor and Head of the Post-graduate Department of Botany, St. Joseph's College, Bangalore. Currently, he is the Principal and Professor of Biotechnology at the Reva Institute for Science and Technology Studies, R.T. Nagar, Bangalore.